I am dedicating my first blog post to cycling in and around Belgrade. Around half a year ago I was given the opportunity to work for a company called “Nordeus“, with its headquarters located in Belgrade. Every week I have been onsite for three days. My way to work is now about about 1200 km, unfortunately not by bike. 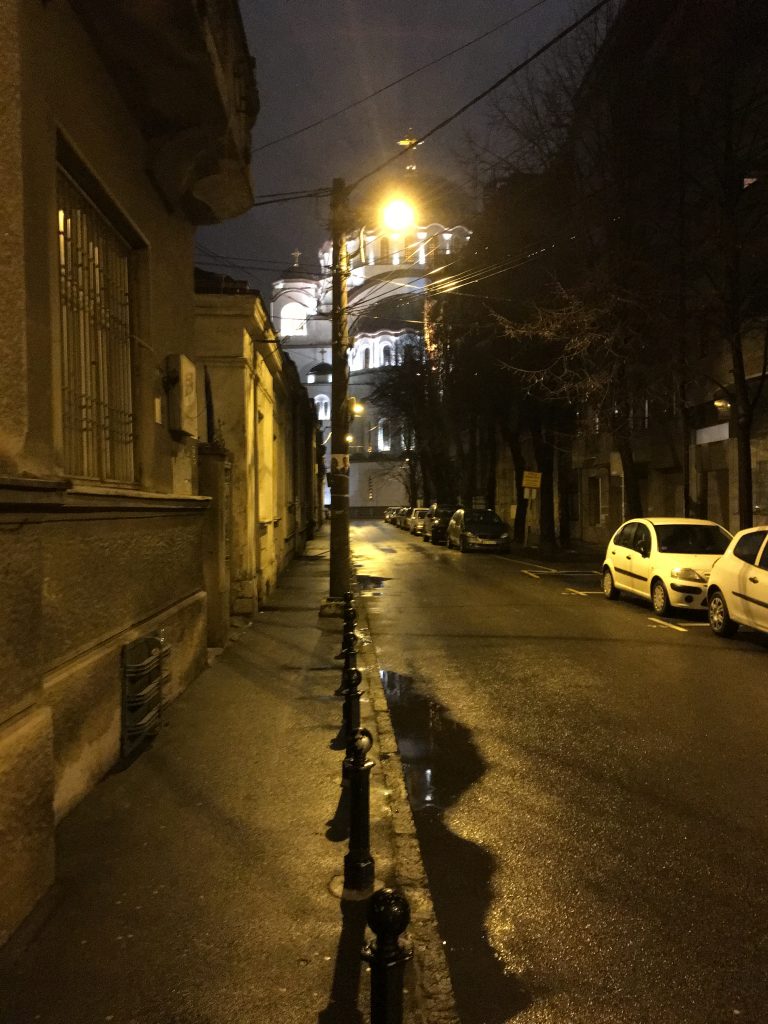 …was the first thing I looked up. Google results ranged from “…is not recommended…” and “In addition to reckless drivers, cyclists need to be aware of stray dogs…”, “…much of Belgrade isn’t cycling friendly…” to “we can’t say that Belgrade is very suitable for cyclists”.

You may reckon that my observations are made from a different viewpoint. Above quoted statements might be true to the casual 5 km home to work city bike commuter. 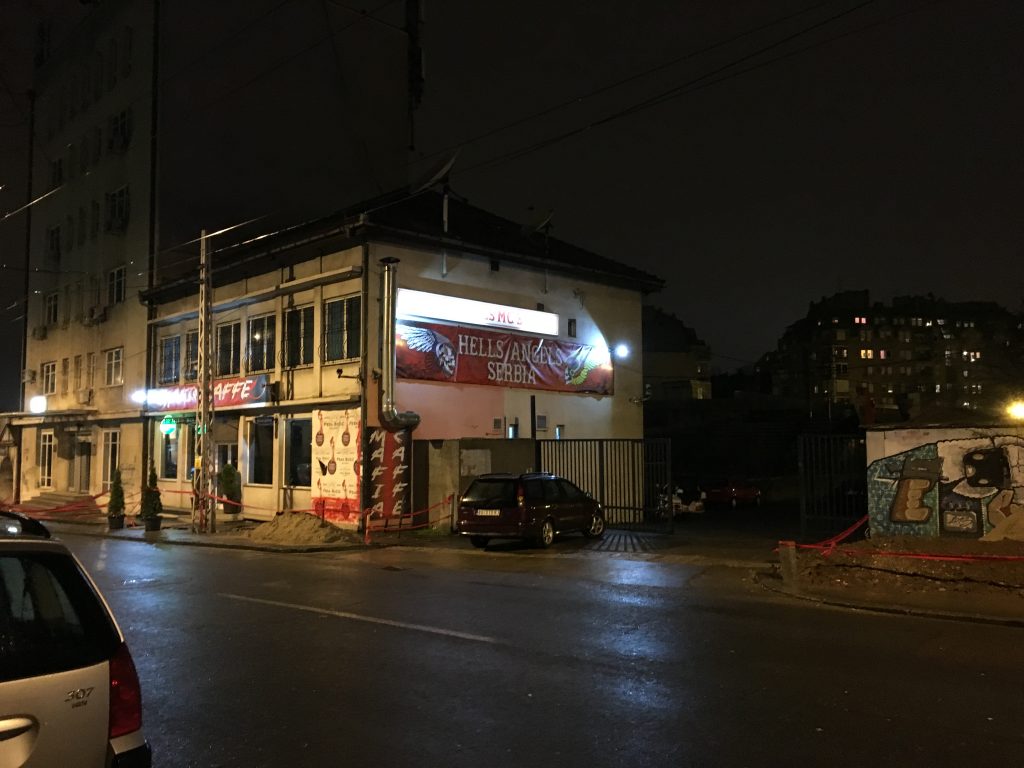 Roads and the Tarmac

You get an idea of how the cities infrastructure is maintained from the first glance at the overall appearance of the architecture and condition of most vehicles e.g. cars. That does it not make Belgrade more suitable for road bikes. Though big parts of Belgrade, especially “New Belgrade” are relicts of 1950 socialist Yugoslavia and not much cared of since their construction, this does not make this city less adorable. The Consistency of the Architecture has its own charm and there are beautiful corners and small road breaking it up again. The “Belgrade Hills” make the cities landscape a great view, I enjoyed especially when lit up at night.

Admittedly there seems to be a tendency for leaving potholes as is. They can be easily half a meter deep and can come in any size. All punctures I got in and around of Belgrade have been caused by tough bumps squeezing my tires between road and rim.

Actually it has been three punctures in now 7 month. This is far less flats from bumps in Belgrade, then from cuts from broken glass of yesterday’s mindless drunk party folks in Berlin.

The thread of punctures could be avoided by using tubeless tires. I can only recommend Schwalbe Pro One TL. I am riding these with my Berlin Rig now, and so far I did not have one flat! They are not only pretty flat proof, they also supposed to have a very low friction resistance and absorb a lot of vibration. For sure I can say that my 28″tires are super comfortable.

You may ask, what help will they be when the pothole is 30 cm deep or when you get surprised by a “laying down police man” when you are descending with 50+ km/h. I am sure they would soften the impact after jumping over them. 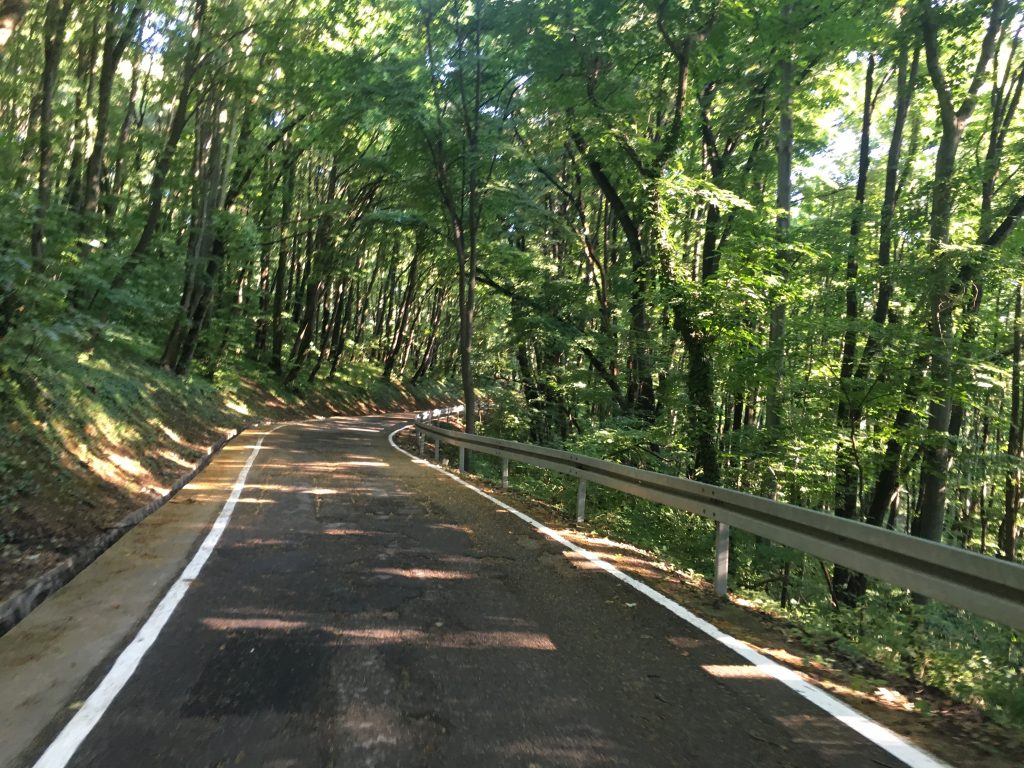 What is about the rims? Preferably you have hand build ones, I am sure my DTSwiss would handle this stress well. With my Giant factory rims, I went to my trusted  Bike mechanic and had them tightened up. At Sportofis, recommended by a Belgradian friend of the Road, Marco did a very solid job for me. I had no problems since then.

Cobblestones can be hardly judged in a negative way, don’t they remind us of the Legends racing Paris-Roubaix. Uphill they are great preparation for sprinting up to the the “Muur-Kapelmuur” in Geerardsbergen. I have not found anything challenging as these yet here in Belgrade…though close.

If the roads are to challenging your bike handling is to weak. 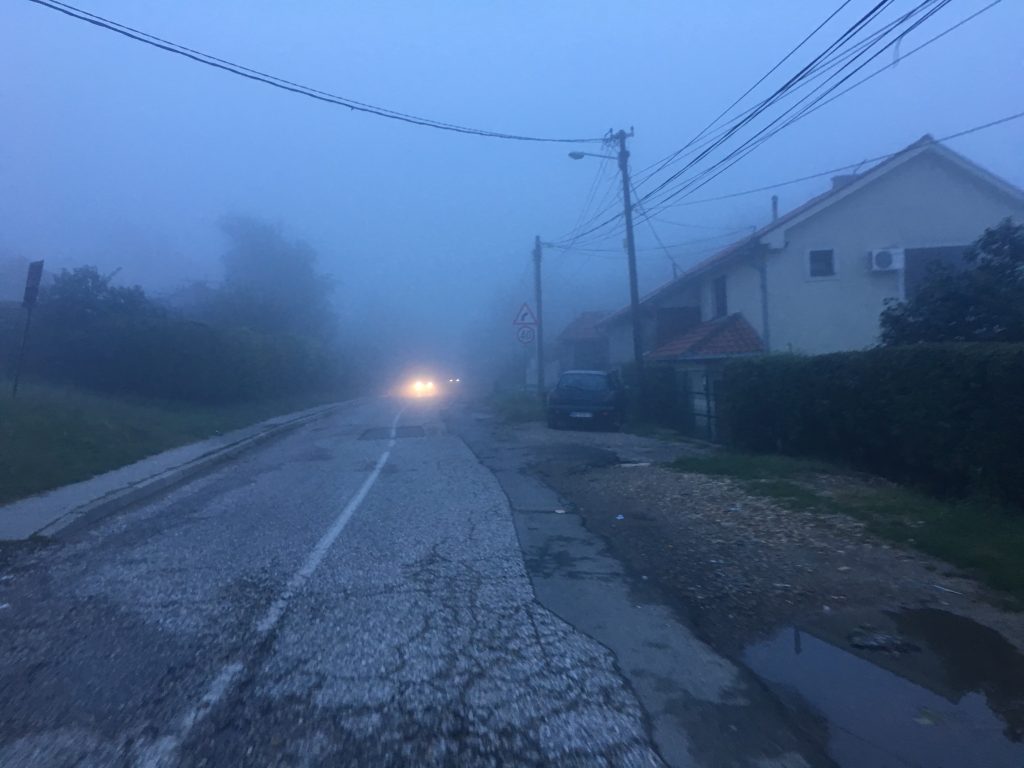 Are all over the place in Belgrade, but most of them focus on city biker and tourists. If you need  someone to handle your road horse, pay Marco at near Sava lake at “Sportofis” a visit. A nice guy doing  great work for much less as I am used to pay in Berlin for an average job. I heard there are a lot of good mechanics all over Belgrade, but I stick to the one I know.

They are all correct with saying that the general level of awareness towards cycling on the road is pretty low.

I am not sure if there is a law in Serbia as in Germany, that there has to be a minimum of 1.5 meters safety distance to the cyclist when taking over.

Most driver will not leave such safety distance. This can be stressful when experiencing a pothole clustered road, especially uphill as its hard to jump over them when crawling up your 10%+ grade.

Take the middle of the lane, most car drivers will avoid to overtake you on the road shoulder right of you. Now you have at least the space right of you to avoid potholes.

I have rarely seen someone taking some extra distance, bus and truck drivers still doing the best job here, but I do not feel less safe on the road in Serbia then in Germany. In and around of Berlin I rarely have an 80 km ride without at least one encounter where someone is trying to demonstrate his believe “for whom the road is build for”, by taking over with a very low distance. A hand width to the handlebar, should make sure the cyclist understands what he is in for. Even worse behaviour is shown by “meatballs yelling out of their tin bins”.

I have not experienced anything like this in Serbia so far. “Thank you!” for being tolerant and accepting to share the Road with all people.

Grab some fresh air in Belgrade by bike

is a bit of a paradox. Air quality is hardly at the focus of Serbian government.
It seems there are no restrictions to exhaust fumes of cars. It is not unusual that a public bus has a black back and throwing out a cloud
of unbreathable fumes.
I remember, being back home after one of my early beautiful and hot morning rides. Standing in front of the mirror and marveling my tin lines. Until the shower washed them off and the dark greyish water gave my tin lines to the bathtub, to the disgrace of my cleaning lady. You may consider to avoid rush-hour traffic. The way up to Avala is a relief to my lungs.
I heard Cyclist will stay longer healthy when they age and have a longer life. I am not so sure about it anymore. Beside the rate of “road kills”, we do spent quite a bit longer inhaling the crap car drivers assume to be just and reasonable.

If you are into Endurance Cycling, chances are you have read to some of the stories of the Transcontinental Race riders or the other big events and already know about these dog encounters with cyclists.

In and around of Belgrade I did not have one 75+ km ride with not at least one encounter up to six.

There are stray dogs everywhere, and there are a lot of dogs put in front of houses and private construction sides.

Beware!, no, actually you will soon realize, that at least in and around Belgrade these dogs live along with the people walking around peacefully.

But Cyclists, that is a different topic for them. They are starring at me while I approach, contemplating in their mind if you are worth to interact with. They may let you pass, they might come to completely different conclusion the very next day. There are some who will always hunt you, they suddenly come out of nowhere and are fully engaged.

A friend of mine told me, the rotating pedal stroke drives them crazy, so I should just stop pedaling. So far I am not following his advice, and feel fortunate that all serious chasers been too short legged to outrun me.

My own encounters with Belgrade Dogs

There have been many but a few I will remember…

On the top of Avala, has been a pack of fours dogs most of the time I have been up there, and they ignored me peacefully at first. On day they suddenly came up to me, circling me, jumping up and down, while I kept balancing my bike on the spot until I found spot I dared to breakthrough. It was one of the most chilling moments I had with these guys, but I only felt their warm breath.

Another time I have been heading back through Karaburma, it was early morning and rush hour. Luckily. Its hard to believe if you have not seen it yourself, but sometimes stray dogs attack passing by cars, jumping against it and trying to bite in it. This looks mental considering that they bounce off harsh, hardly avoid the following traffic and jump back up against the next vehicle.

Karaburma main road has 2 lanes in both direction with a green line in the middle of them. There has been 6 dogs at the right side and another pack of 4 at the middle. Attacking cars from both sides, but when they saw me, it gave them an adrenaline rush. As it did me. I slowed down for a moment. When 2 cars with similar speed passed by, I rush forward in the middle of both lanes and right between them to pass the dogs. They tried hard to get to me, but turned around after aggressive horn usage of the car drivers. One of this moments I only wanted to go back home fast as possible. And one of these rarer moments I was very happy to share the road with cars.

Evil dogs. I might be particular attractive to them, because they have not been my favorite animals even before cycling. But after cycling here for now 7 month, I fear them less and I think they are less dangerous then car drivers with a tendency for doing “self justice”.

My latest memorable moment I was getting back up the Bulevar JNA. I did put my music back on after leaving Avala and now crawling up the hill on a beautiful morning. Some yelping sound, a tone not fitting the jazz I was listening so often already, reached me through my headphones from the back of my bike. I first ignored, but after it did no disappear,  I turned around. A young half-breed whelp was trying to stick to my bike at 12 kmh and to catch my attention…heartbreaking. Short before Rakovica Selo I hope he found a new home there…and did not end up as so many road kills I have seen. Still feeling guilty.

Where to ride your road bike in Belgrade?

I must advise you to ask Belgradian friends of the road, as I only have spent very limited time exploring. Ask them, they will point you where to go as they did with me.

Most of my rides I have done before work between 4 and 9 am.

If you go for a ride that early you can ease in around Sava Lake. It is a bit too small for anything serious. One spin is not even 10 km and gets mental after a few rounds. 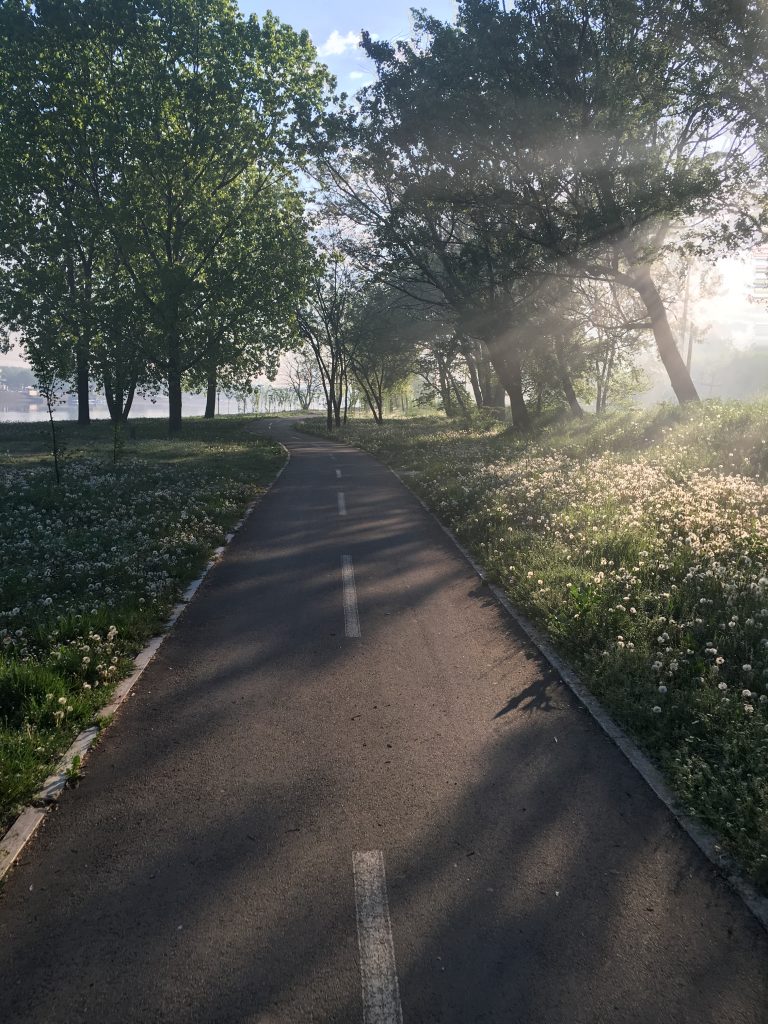 My two favorite routes in Belgrade are…

The “Chinese Road” around Belgrade

…which is obviously not called the “Chines Road”.

For time efficient km in the flat with around 55 km and close to no dog encounters, I recommend the “Chinese Road” around Belgrade. The “Pupin Bridge” crossing the Danube followed by the Most Mihajla Pupina was mainly financed by China. 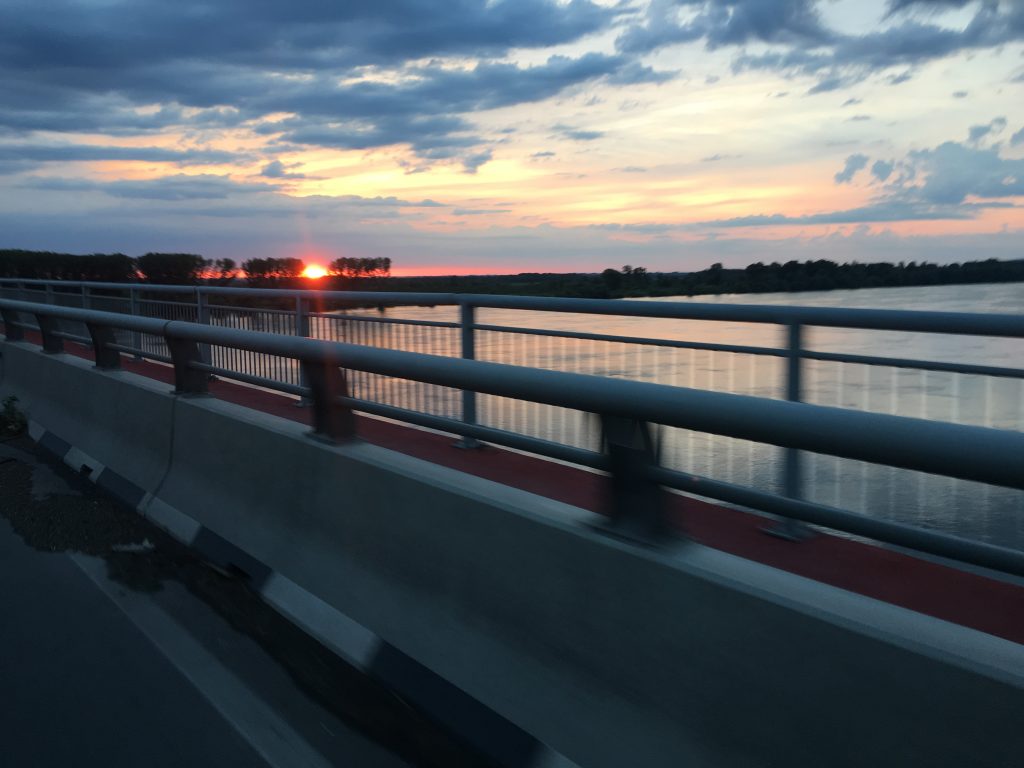 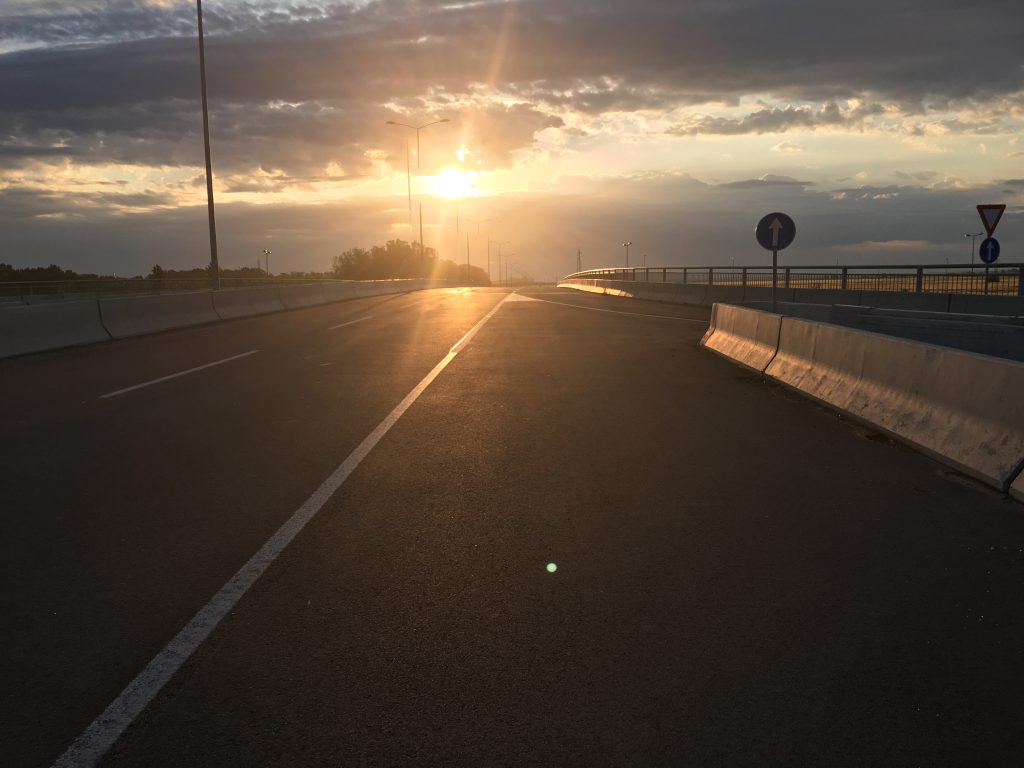 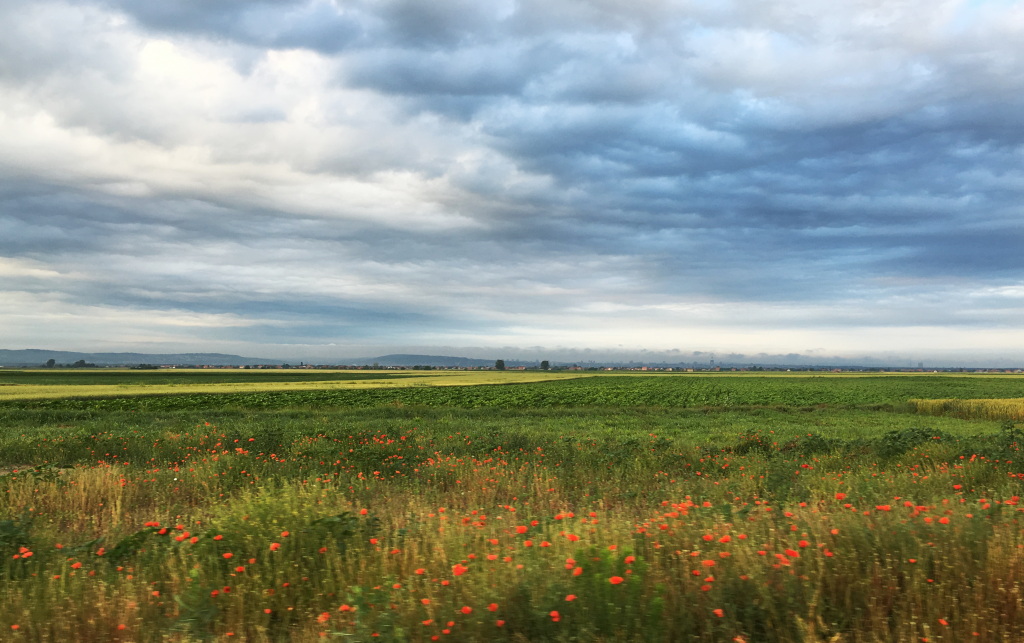 If you feel to add some elevation to your training schedule. Find the way to Avala from New Belgrade, around 85km and 1000m in Elevation for me. You have good chances for the whole package of “Road Bike Belgrade”. 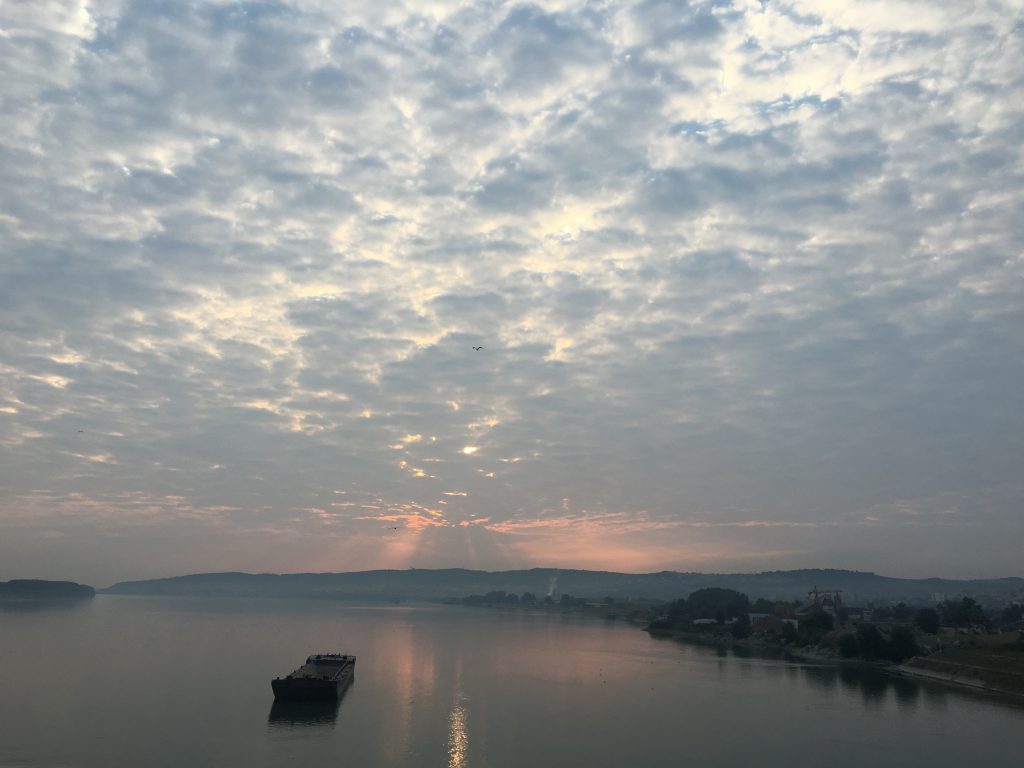 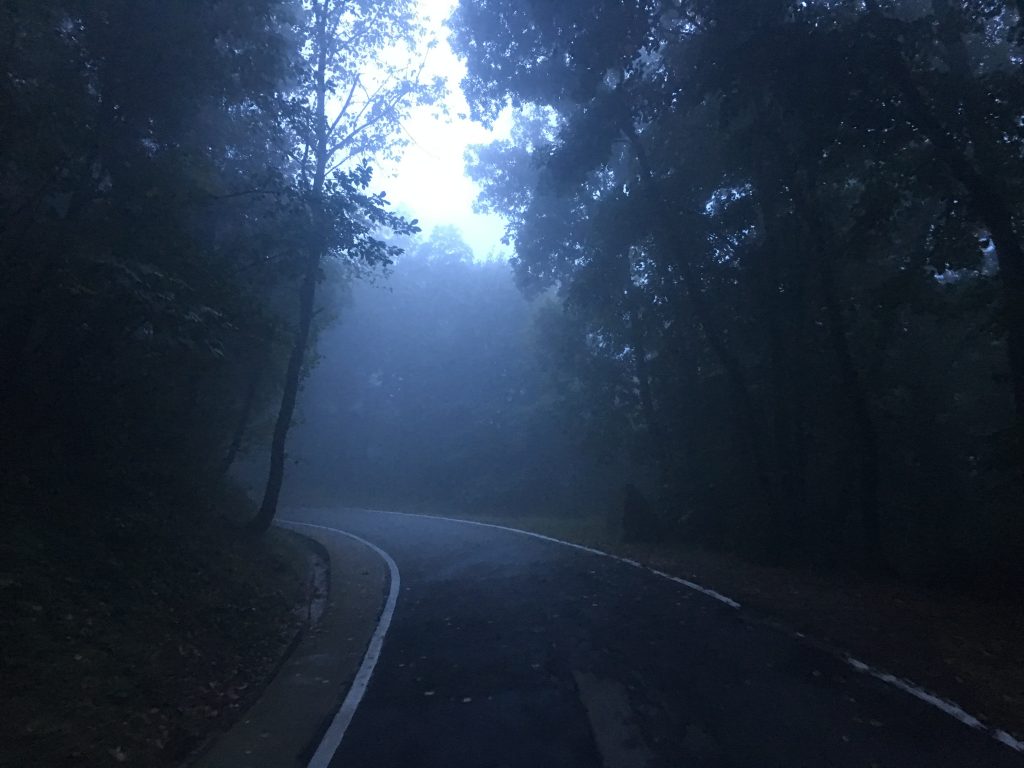 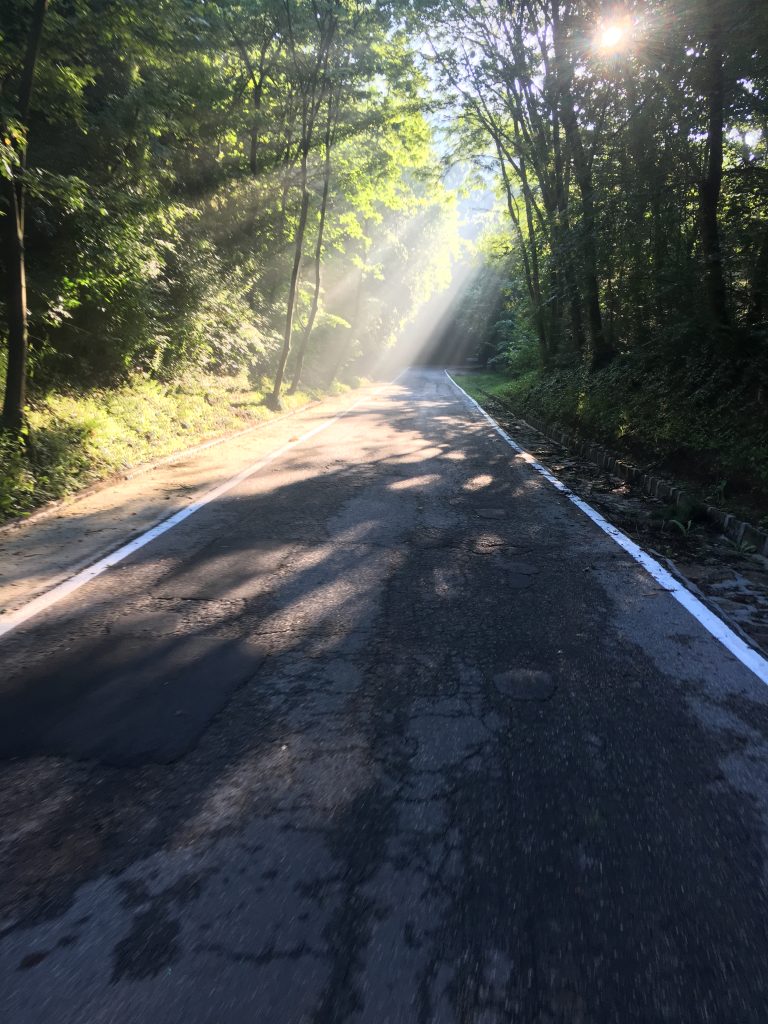 Thank you for hosting my rides and being mostly kind to me.